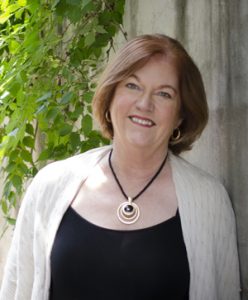 Patricia’s professional career was in the financial consulting area.  She served as a Managing Director at PricewaterhouseCoopers, LLC, where she led a national tax consulting practice.  She earned national recognition as a tax expert for the insurance industry and was a frequent speaker at industry conferences.  She is a CPA and holds a BS in Business from Suffolk University, Boston and an MS in Taxation from the University of Hartford, West Hartford, Conn.

Despite her success in her chosen field, Patricia always dreamed of becoming a writer. Over the years she participated in numerous writing seminars, workshops and writing groups. Finally, relatively late in her career, she took a leap of faith and resigned from PwC to devote herself full-time to writing. With the publication of her first novel, THE YELLOW HOUSE, in 2010, Patricia finally realized her dream.

THE YELLOW HOUSE is set in the author’s native Northern Ireland. The story was inspired by tales told by her grandmother of political unrest in Ulster in the early 20th century. It was followed by her second novel, THE LINEN QUEEN, which tells the story of a young mill worker living in Ulster at the outbreak of World War II. In writing both of these novels, Patricia discovered a particular passion for Ireland and its history.

Her third novel, THE GIRLS OF ENNISMORE, is set in her father’s birthplace, County Mayo, in the west of Ireland. It covers the period 1900 to 1918 and tells the story of two girls from vastly different backgrounds whose friendship is tested by the upheavals of the status quo brought on by the onset of WWI and the 1916 Easter Rebellion.

THE TITANIC SISTERS is Patricia’s fourth novel just recently released in the UK.  It will be available in the US on January 26th 2021.  Click to pre-order HERE!

A resident of Dallas, Patricia is a frequent speaker at Irish cultural events around the country, as well as book clubs, libraries, women’s groups and educational institutions. She also has led numerous creative writing workshops. When she is not writing, travelling or researching, Patricia enjoys attending the theater and other cultural events in Dallas.