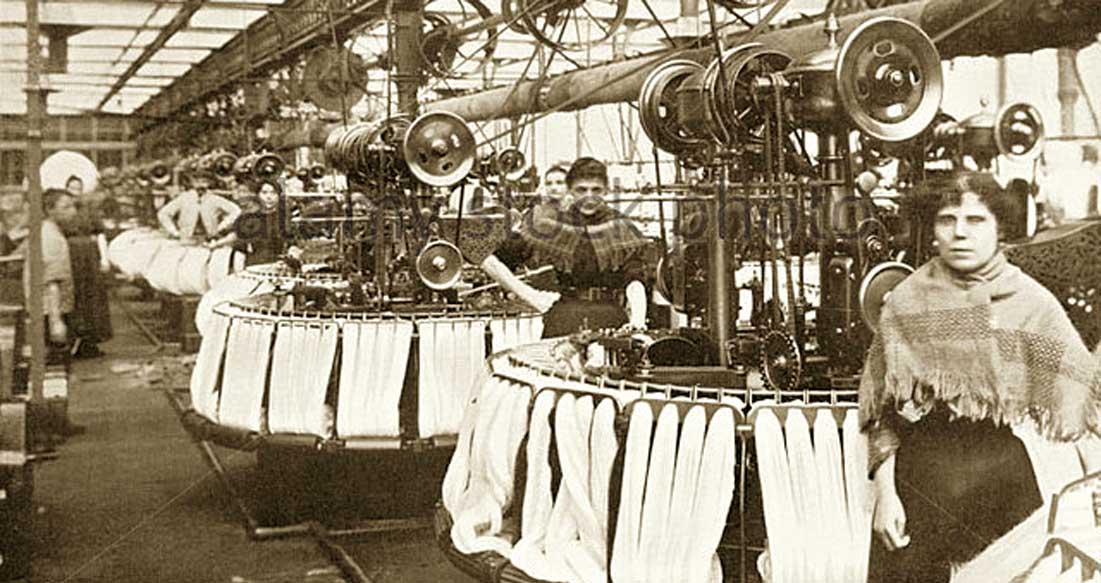 In the Irish Linen Homelands of Northern Ireland (chiefly around Lisburn, Belfast, Banbridge and Cookstown), the work of transforming the flax plant into yarn and then into beautiful cloth, eventually moved into huge mills.

For most factory and mill employees, the working week consisted of eleven and a half or twelve hours (including meal breaks) from Monday to Friday plus a half day of six hours on Saturday.

In terms of holiday, workers could take two days for Christmas, two days at Easter and two more days in July. Holiday breaks were not paid.

Children were legally permitted to work at the mills from about the age of ten years on a part-time basis. They usually spent alternate days at the mill, typically working as doffers (replacing full yarn bobbins on the spinning frames with empty ones), and in the classroom. When they first started work, many suffered what became known as ‘mill fever’ before they adjusted to the high temperatures, damp or dusty environments, noise and exhaustion.

Read Chapter One “The Yellow House”

Further Reading : Women in the Mills